If as a democracy 80% of our population identify themselves as Christian, clearly a majority, then surely Christian principles on land should guide land ownership?

Successful Land reform is vital and needs all South Africans’ most urgent attention to redress the painful dehumanising structural sin of apartheid against non-white people. Successful Land Reform is also vital to address the huge inequality, unemployment in SA, and lack of inclusivity in Agriculture. As Christ-centred, Kingdom-driven, Christians from all sectors, and race-groupings in SA, we held 3 bridge-building summits in 2019, to draw people together who are already endeavouring to make Land-Reform work. Hence our list of existing solutions already in operation on https://landsummit.co.za/14-models-2019/. Our proposal are thus not theory, but solutions from people who are busy making Land Reform a Success and can prove it!

Biblical Premise: “All land actually belongs to God and we are only stewards on that land to protect and improve for future generations.”

Constitutional Premise: We, the people of South Africa, Recognise the injustices of our past; Honour those who suffered for justice and freedom in our land; Respect those who have worked to build and develop our country; and Believe that South Africa belongs to all who live in it, united in our diversity

1. Agriculture is a local communal relational commodity-based enterprise – Land reform that ignores local relationships will not succeed. To not make the same mistakes than in the past we should resolve that relational reform precedes land-reform. Build relationships before seeking title deeds.

2. The personal cost of land-reform is too high, too difficult and too complex to be enforced by law. (Title deeds, tax, water rights, inclusion, mentoring, etc.) If it does not start in the heart, it will not succeed. The character of this heart, to be transparent, vulnerable, humble, respectful, consistent, patient, resilient and committed to make this work no matter what is crucial, and non-negotiable.

3. Find the right person for the right land, with the right support. We call on experienced intermediator agencies like Future Farmers and others, to assist with inclusion, building trust based on values and performance, changing the aging white face of agriculture with hard-working passionate young people.

4. Best practice support to the poor is Asset-based Human Development, where existing capacity is identified then developed through mentorship, training and support. You cannot skip any developmental stage and expect success.

5. Regenerative / Restorative Agriculture (heal the Land / heal the people) –  Both the land and it’s people need healing. Taking land from some and giving to others will not bring about the type of healing required.

6. Multi-sectoral approach – Everyone must pay and contribute. Taxes need to be applied for the public interest purpose of land reform in a manner that is just, equitable and transparent.

7. Start local, with community initiatives, Hubs, smart towns, supported by District Municipalities. Public participation on the most local level where we solve our own problems directly, with Government as an enabler not a provider.

9. We need to write a new South African citizenry narrative of cohesion and cooperation instead of populism, entitlement, where someone else must pay for me. The time has come for every South African to use what we do have in our own hands, work it, build it, cultivate and innovate it, until we have something to share with others.

10. The EWC hearings proved the deep-rooted affinity that all South Africans have with Agricultural land as a primary sector in the economy, as the only means to create something and employment out of nothing. Government should deepen and prioritise its relationship with the sector to improve its support, instead of alienating it with policies and laws that add even more pressure on a high-risk industry. We need to focus on more bridge-building activity to achieve unity and social cohesion as a nation.

Hence our concern is that amending the Bill of Rights of our Constitution to water down property rights is going to harm the foundation upon which dignity, reward for hard work and labour is based and further cause disunity, mistrust and division. Hence we do not support any amendments to our Constitution to explicitly allow for Expropriation without Compensation.

Have your say by 31 January 2020 on https://dearsouthafrica.co.za/constitution-eighteenth-amendment-bill/ or email parliament on section25@parliament.gov.za. 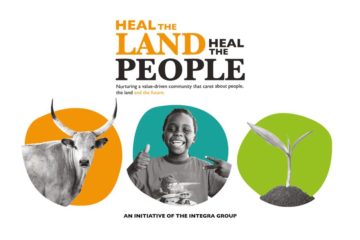 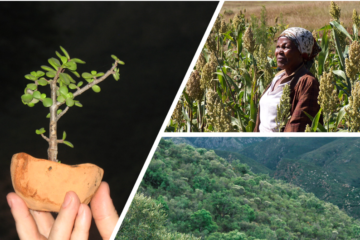 Why Restore? Restoration is a value-enhancing activity. As is the case for cars, horses and houses, so it is for social and ecological systems. Restoration of these systems enhances their value.  Restoration is thus not Read more…